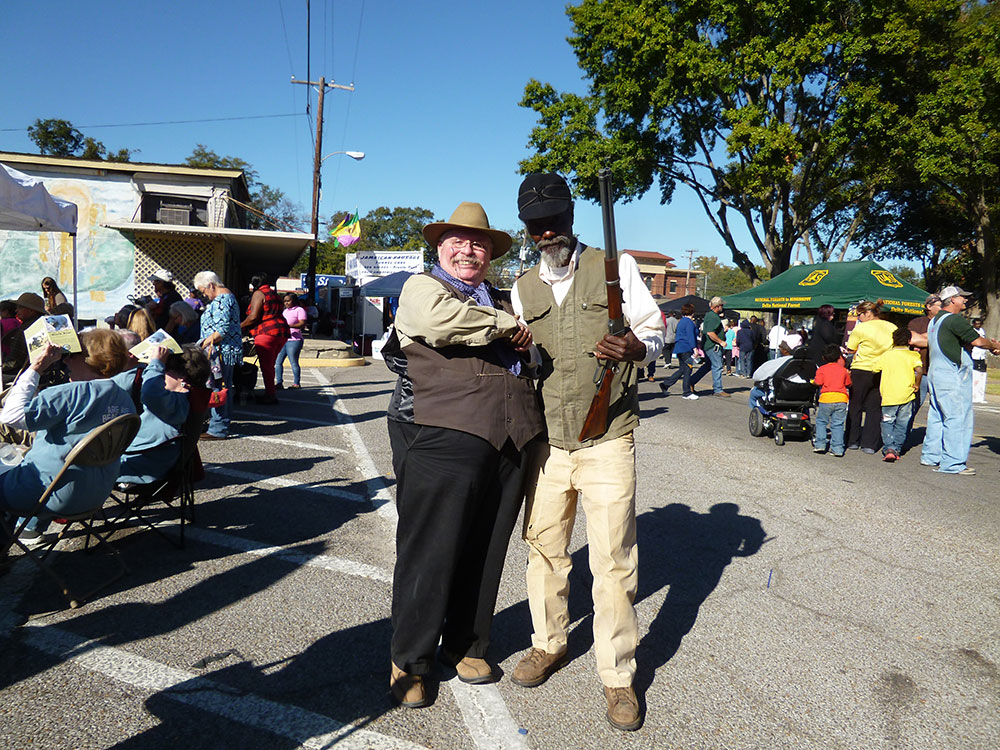 Living historian Case Hicks brings the 26th President of the United States, Theodore “Teddy” Roosevelt, to life each year at the Great Delta Bear Affair as he emcees the day’s main stage entertainment line-up, mingles with the crowd and recounts stories of Roosevelt’s days as a president and a conservationist. He is accompanied each year by his wife, Susan, who portrays Mrs. Roosevelt. South Delta resident Ollie Morganfield also joins Hicks at the Bear Affair in character as famous hunting guide Holt Collier.

Learn about the Birth of the Teddy Bear. 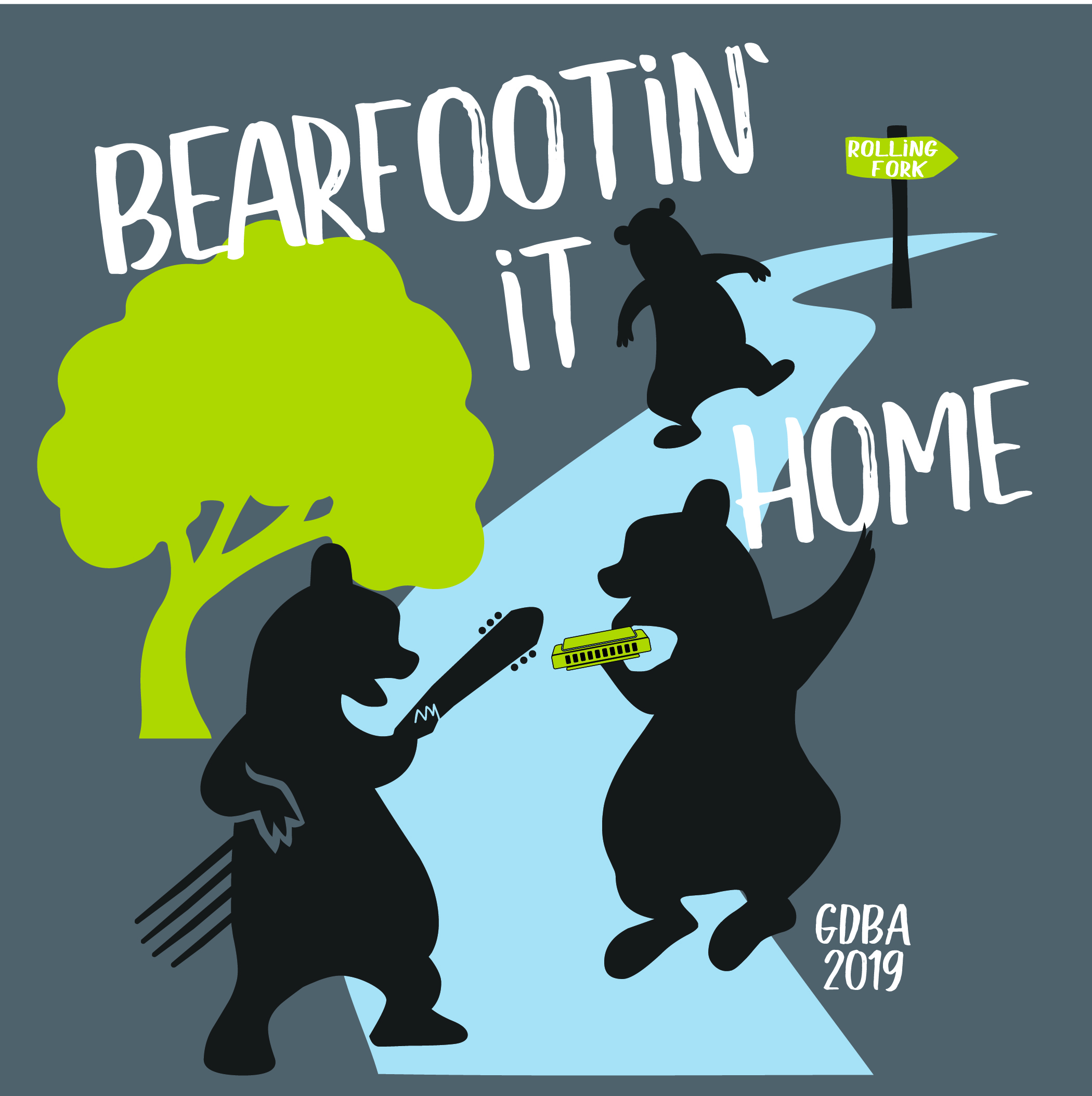 2019 t-shirts are available for purchase at the Sharkey-Issaquena Public Library in Rolling Fork starting October 1st. 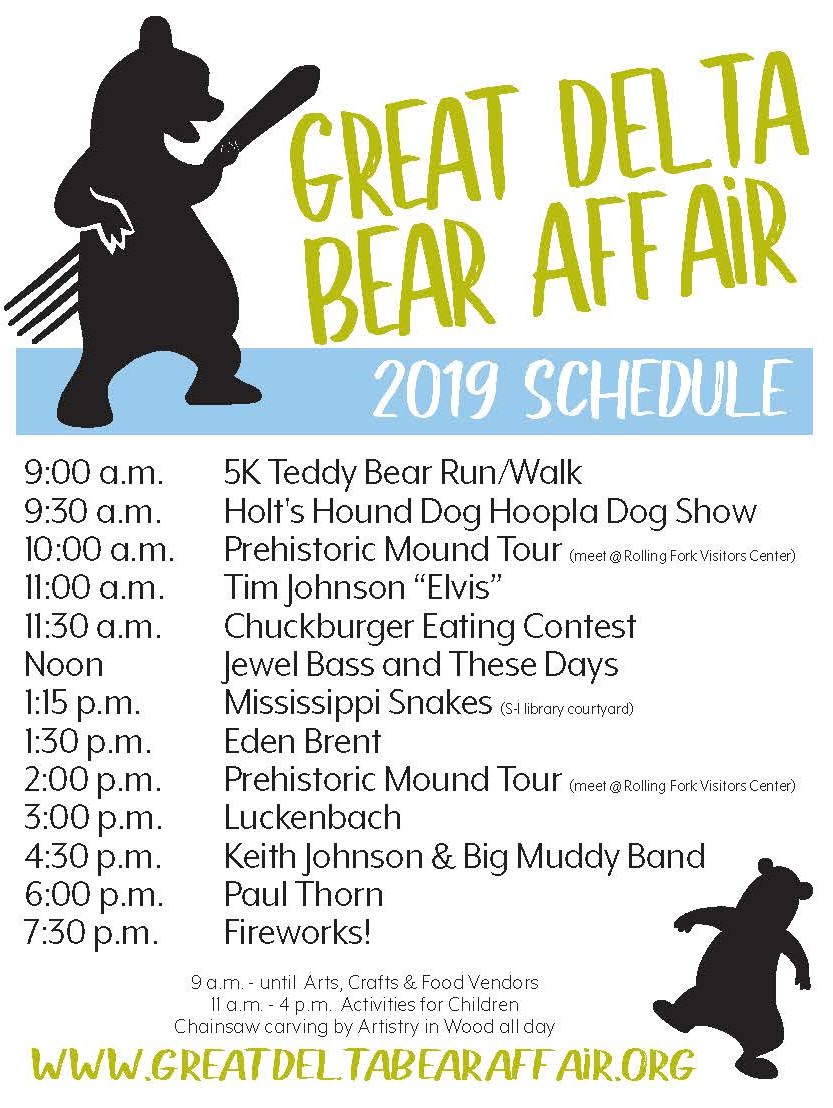 The Chuckburger Eating Contest will celebrate its fourth year at the Great Delta Bear Affair on October 26. This signature sandwich from local eatery Chuck’s Dairy Bar is a hamburger dressed with … END_OF_DOCUMENT_TOKEN_TO_BE_REPLACED

Archaeologist Sam Brookes is no stranger to Rolling Fork and the South Delta. As a member of the Great Delta Bear Affair planning committee, he has been conducting prehistoric mound tours during the … END_OF_DOCUMENT_TOKEN_TO_BE_REPLACED